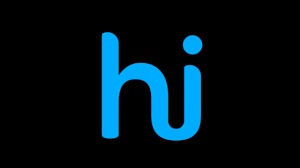 Indian chat messenger Hike has used by over 35 million active users. The app has instant chat feature with bitmoji and cool stickers. Now, the Hike users have to switch over to WhatsApp or Signal because the application is shutting down.

The popular Stickerchat messenger has got the launch Hikeland and a virtual world for the users. The CEO Kavin Bharti Mittal announcing the company is shutting down the app this month. The Hikemoji will be replaced by two new apps- Vibe and Rush. Rush is live on Apple Store and soon to be launched on Google Play Store. It has a collection of small mini-games. While Vibe will be launched after users request.

There are over 1,00,000 users applications are approved for the app. Mittal in a tweet stated that “India won’t have its own messenger. Global network effects are too strong (unless India bans Western companies).” The Hike Messenger will be shutting down on 21st January this month. All the user data will be available for download in the app.

In a tweet, Kavin says about western companies, which have the right incentives, unlike FB products. Facebook has updated its privacy policy for WhatsApp, which is not good for users. As it collects a lot of user information, users are switching over to Signal App.