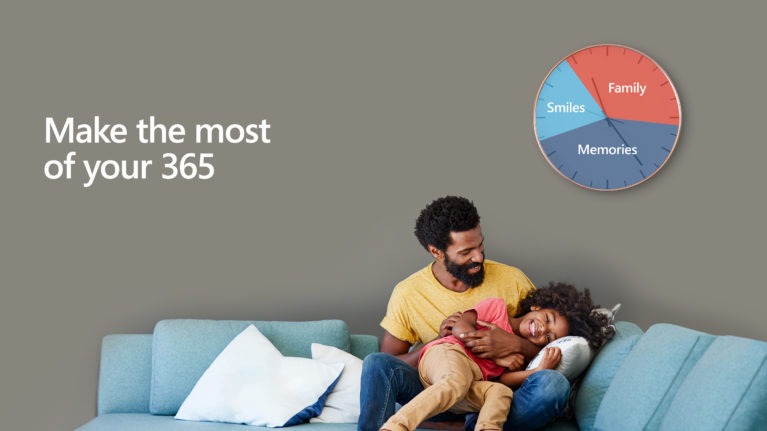 Yesterday, Microsoft announced the new Microsoft 365 with family and personal subscriptions. In an official blog Microsoft rebranded Office 365 to Microsoft 365 which is powered by new Artificial Intelligence.

This year Microsoft also launched the new integrated Office App for the Android and Windows platform. Office App has all the office app within it as Powerpoint, Excel, Word and other. The app is available for download on the play store. The change will come in effect after 21st April on all Platforms Windows, macOS, iOS and Android devices.

Microsoft also launched a dedicated website for Microsoft 365 with all detailed features. Additionally, Microsoft also announces the Microsoft safety app, it helps you to connect and collaborate with your family digitally. The New Microsoft 365 is “Subscriptions for your life” also “help you make the most of your time, connect, and protect the ones you love, and to develop and grow”; described by Microsoft.

New Microsoft 365 is powered by new Artificial Intelligence and packed with rich content, templates, and features. Microsoft claims it helps the user to become a better designer, writer, and presenter by innovated tools. In blog company also share the statistics about users; they expect to hit 38 million subscribers of Office 365 in the next few months.

Kill Yours boredom With Google Popular Past Play doodles

Jio Wi-Fi Calling All you need to Know

ABOUT US
Navtechy is one of the growing technology websites that aim to help people to understand and use technology in a better way. At Navtechy, we write about the emerging technologies, new gadgets and trending technology news.
Contact us: [email protected]
FOLLOW US
© Navtechy-The New Tech
MORE STORIES
Android