Whatsapp Comes With new Controls in Latest update of its Android Version. 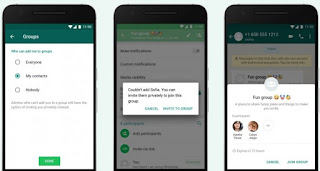 This update  features the users to control
,Who can add them to the group in Whatsapp – a key demand of Indian Government.
Android users can enable this setting by
navigating to Accounts >Privacy >Groups
and select the options as (any one )
. No one
.My Contacts ( One who have saved your      number )
.Everyone
Earlier there is no choice to users getting added to the groups .
This group add control feature is currently rolling for the latest android user , comes for the rest in upcoming weeks .
Facebook owned Whatsapp and to the concern of the lok sabha Elections in India .
To control over the fake news in Whatsapp and other Facebook labeled apps , Facebook introduces mant of the new Controls and change its Algorithm. 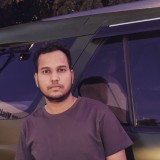 I like Your Blog Very Much..I see Daily Your Blog ,is A Very Useful For me.