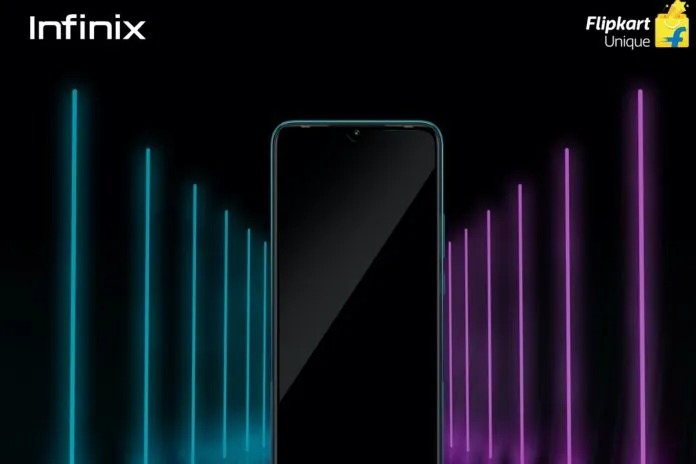 Infinix is all set to launch its new phone from the smart 4 series in the market. The Infinix Smart 4 Plus launched date revealed in banner listing in Flipkart. The Banner of the smartphone shows the “Biggest Battery” line on the banner.

The specifications are not revealed yet but the Company has stated it will reveal the specs from to day onwards. The image shows the rear view and front view of the Phone.

The rear view shows a triple camera setup with a flashlight. The main rear camera is AI 13 megapixel camera, also fingerprint lock at the back side. There is not any feature officialy revealed by a company other than battery life. On social media, the company has used #FullPower24Hr, indicates phone big battery.

The image in the listing can be linked to the Infinix Smart 4 Plus smartphone. The screen size is not mentioned anywhere, but the teaser shows a waterdrop drop notch with thick bezels.

MySmartPrice had reportedly spot phone on Google console listing last month. The rumored specs of the phone are Android 10 OS, MediaTek Helio Chipset, and HD+ Display. We will update this post once the company reveals more features of the Infinix smartphone.

Infinix Smart 4 Plus launched at price of Rs.7,999 and will exclusive for sale on Flipkart. The Infinix smartphone is available in three color variants Ocean Wave, Midnight Black, and Violet.

The display of device is 6.82-inch HD+ with a drop notch. Infinix smartphone is powered by MediaTek Helio A25 SOC chipset and paired with 3GB RAM + 32GB ROM. The internal storage is expandable with dedicated SD Card slot.

Talking about the camera, the smart phone has an AI 13 megapixel primary camera with triple led flash. The primary camera has an aperture of f/1.8. For taking selfies the phone has 8MP with f/2.0 aperture. The Infinix smartphone runs on Android 10 based XOS 6.2 OS. As #bigbattery in the campaign by the company, the phone is backed up by a 6,000mAh battery.