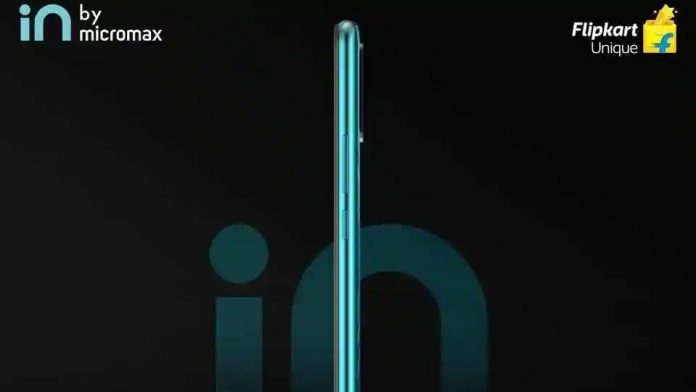 Micromax, the Indian smartphone makes his comeback with the launch of the budget series. The new smartphones by Micromax are In series with the tagline “We are in for INDIA How about you?”. As we all know the anti china sentiments are on the rise for months now. Also, PM Modi calls for an “Aatmnirbhar Bharat” campaign. In response, several homegrown Indian startups and companies launch their products hitting at Chinese brands segments.

Starting with the hardware and chipset, the Micromax In Note 1 comes with MediaTek G85 chipset, octa-core 2.0GHz. This is a 4G smartphone with 5G network connectivity. Smartphone has a 6.67 inch LCD FHD+ display. The device runs on stock Android 10, not the latest verion but the company promises 2 years of sofware update.

In optics, the smartphone has AI quad camera setup 48MP primary camera + 5MP(wide-angle) + 2MP depth camera and 2MP for macro shots. The camera also has zoom up to 4x, and a flash light. For selfies, the Micromax In Note 1 has 16MP wide angle camera with digital zoom of 4x.

The smartphone comes with a 5,000mAh battery with reverse charging. The phone also has an 18W fast charger with a USB Type-C cable. You will get 4GB RAM and up to 128GB of storage for Pricing of Rs. 12,999.

Micromax In 1B Specs

Micromax In 1B is an entry-level budget smartphone but has great specs. It comes with a MediaTek G35 chipset with a 4G network. Talking with the display, the phone has a 6.5 inch LCD HD+ of aspect ratio 20:9.

The smartphone has a 13MP (primary) +2M depth camera sensor, dual camera setup with a digital zoom of 3x. For selfies, the phone has an 8MP front camera. You will get a 2GB RAM + 32GB storage and 4GB RAM + up to 64GB storage variant.

The Micromax In 1B equipped with 5,000mAh battery with 10W fast charger. For connectivity the phone has USB Type-C port,a 3.5m headpphone jack.

Micromax In Series Price and Availability

The other smartphone Micromax In 1B has three color variants- green, purple, and blue. It has two storage variants 2GB+32GB and 4GB+64GB priced at Rs. 7,999.

Both of the smartphones of Micromax In series will go on sale from 24th November. You can preorder the product from Micromax official website and also from Flipkart.