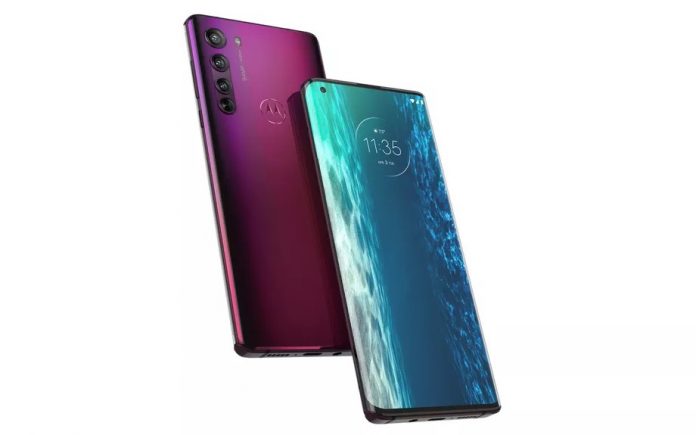 Motorola Edge and Edge plus have already leaked ahead of the official launch. Finally, Motorola Edge Plus and Edge are launched, features a 6.7-inch FHD Plus OLED 90Hz display. The Company is making a re-entry in the flagship smartphone segment by this launch.

Motorola Edge Plus is a 5G Smartphone that supports 4GBps network speed with no lag time and interruptions as company claims. The smartphone is powered by Qualcomm Snapdragon octa-core 865 Soc with 256GB of internal storage and 12GB RAM.

In the optics department, Motorola Edge+ has a triple camera setup with a 108MP main camera, 8MP telephoto lens, and a 16MP ultra-wide lens. This camera setup provides you to use high-resolution zoom to capture every detail of the image. Front camera comes with 25MP Quad Pixel technology for 1.8um.

The phone has also dual stereo speakers to make you enjoy music with deep bass and treble with high volumes. Edge+ has a 5000mAh battery with 18W TurboPower charging and 15W wireless charging support. It has also 5W wireless power sharing which sounds cool. Smartphone runs on the latest Android version 10 operating system.

This phone also features a 6.7-inch Full HD plus dispaly with 90Hz display rate. Also comes with in dispaly fingerprint sensor. Motorola Edge is powered by Qualcomm Snapdragon 765 Soc with 6GB of RAM and 128GB internal storage. Phone has also a microSD slot to expand storage.