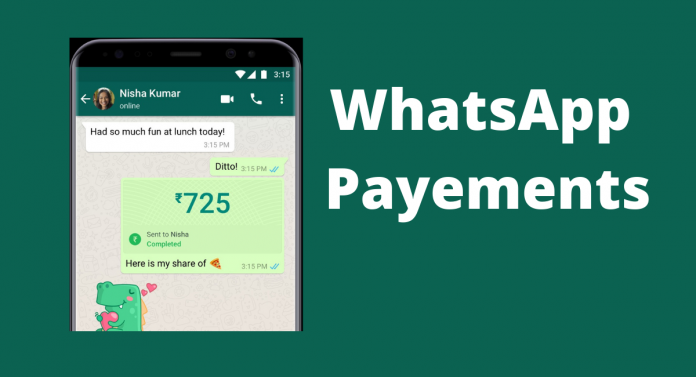 In WhatsApp Pay, you can add more than one bank accounts for UPI payments and Fund transfer. The approval grants only in a graded manner, with a maximum user base of 20M in UPI. As per stats, India has crossed 2BN UPI transactions in starting 15 days of last month.

The WhatsApp pay will be initially available to 20 million users in India during the first phase. WhatsApp has assured NPCI to better deal with the data norms. In India WhatsApp has over 400 million users, makes it one of the largest messaging services.

Mark Zuckerberg said “We got approval to test this with one million people in India back in 2018. And when so many of the people kept using it week after week, we knew it was going to be big when we get to launch”, during a company’s call (Feb. 2020). If WhatsApp pay has rolled out in India for all users it will become mostly used payment app.

NPCI said, “UPI reaching 2 Bn transactions a month and with potential for future growth, it has issued a cap of 30% of the total volume of transactions processed in UPI, applicable on all Third-Party App Providers (TPAPs)”. This will be in effect by 1 January 2021, this regulation will help to protect the UPI ecosystem as it further scales up. It will affect the payments app like Gpay, PhonePay, Paytm and other.

How to enable WhatsApp Pay?