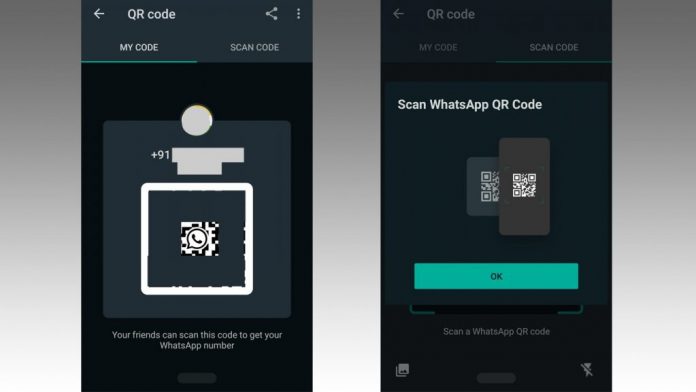 WhatsApp latest version 2.20.195 in Android gets a new update. This new update brings the feature to add new WhatsApp contacts via scan QR code. This feature is already been tested in the beta version of Android and iOS. The options for the QR code scan are in the setting of App.

The feature has been already tested in the beta version of the app in Android and iOS. This feature is similar to Instagram and Snapchat adds contact features, where you can easily add a contact by scanning QR Code. This feature is also being tested on the WhatsApp web.

How To Add WhatsApp contact via QR Code Scan?

In the right side of profile icon, click on the QR code icon

By clicking Scan code, you will get a camera access to scan the QR Code. Ask the person to show you the QR code.

After Scaning QR Code , select Add contact to save contacts in directory.

Click on the bottom left image icon, choose the QR Code image to scan, and add a contact.

You can also add WhatsApp contact by scanning the image of the QR code as mentioned in step 5 above. The feature is also available in WhatsApp business App. Now, you can easily share your catalog and contact using QR Code. Also, you can see and add other WhatsApp business contacts via QR Code scan.