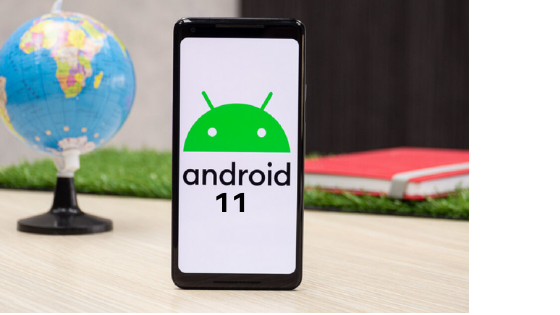 Android 10 was released an early half a year ago, Then rumors and Google released the first developer preview of Android 11. The device supported by Android 11 is Pixels Phones.

Android 11 release date is no confirmed, it’s in the developer preview mode. Manually available for download and flash only. The Beta release of Android 11 will be available in May last week. Talking about the Final stable release, it will be in Quarter 3 after June 2020.

Bubbles for Conversations– Like the facebook chat Bubbles feature, the Android 11 also brings this for the SMS Apps. This Bubble feature will let’s you enagage in chats anywhere from the floating Bubble from the screen. It will great to see if it is available for the third party Apps like WhatsApp and Telegrams.

App Permissions– With prioritizing the user security, the Android 11 also has better Apps permissions. Permissions like access to MIcrophones, Camera and Location. Users can now grant permissions for Only one time or While Using the App or Deny the permission. The permissions granted to one App for three times or more will be saved as default permissions.

Screen Recording– Screen recording in Android 11 with a new UI as seen in the developer preview. Well, in the Developer preview it only records the screen not the audio from Microphone. But hope in the Stable relaese of Android 11 it will be there.

Extended Screenshot– The Developer preview of Android 11 has feature to capture the scrolling screenshot. This feature is not enabledd by default, also not fully functional. You can enable this feature by enabling the Developer mode in Pixel phones after installing Android 11.

The Android 11 Developer Preview 1 release also adds features like Google Play system Updates, Better Biometrics Security, New APIs to manage Pinhole and Waterfall Screens including the Edges. The Android 11 release date is not so near but these are not only the features it will come up with. Android Developer Blog also details about the APIs for the developers. Stay tuned for the Google I/O May, it will bring a lot of features and improvements with the second and third developer preview.