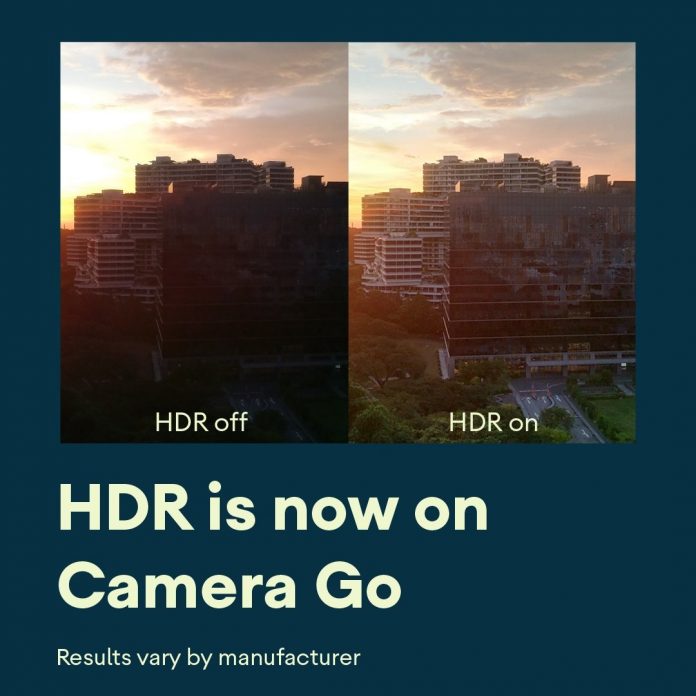 Google Pixel phones come with the Google Camera app, earlier this year Google has released a lite camera app. The new Google Camera Go App is for budget android phones running on Android Go. The company always keeps improving and adds new features to its services and apps. In the last update, the company has added Night mode to the app for a better snap. The Camera Go is getting HDR mode in the latest update.

On the official Twitter handle of Android, the news is shared, “Camera Go keeps getting better. We’re bringing HDR to more #Android devices, allowing you to capture photos with crisper details and richer color at any time of day”.

After updating the app to the latest version from the Play Store. You will see the toggle to switch the HDR mode. The photo taken in the HDR mode will automically adjust the lightning of the subject. As, you can see the difference between the normal mode and HDR mode of image.

As in the case, if you sideload the Google Camera Go app Apk on any other Android device runing Android 8.0 and above, you will not get Night Mode and HDR features.