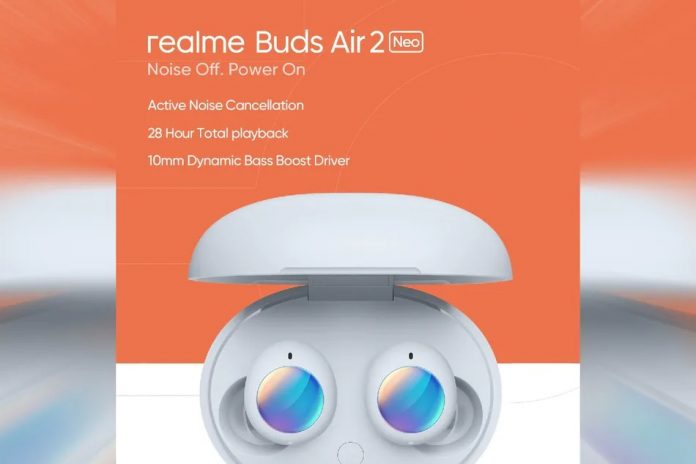 The Chinese giant has earlier launched Realme Buds Air 2 this year. Now, there is an upgrade in the feature of the product with Active noise cancellation. Realme Buds Air 2 Neo is launch in Pakistan, the company will also launch other Neo versions soon.

The buds seem to be the successor of Realme Buds Q launched last year. The earbuds design is the same in-ear also the charging case is similar to Buds Q. Buds have the transparent touch to control your music and calls with ANC features.

The company has also shared the image of earbuds. The image shows the design similar to Realme buds Q ( also available in white color).

The Realme Buds Air 2 Neo is priced at PKR 7,999 (~INR 5,300). Earbuds are available in two color variants White and Active Black. There is no info related to the launching date of the product in India.