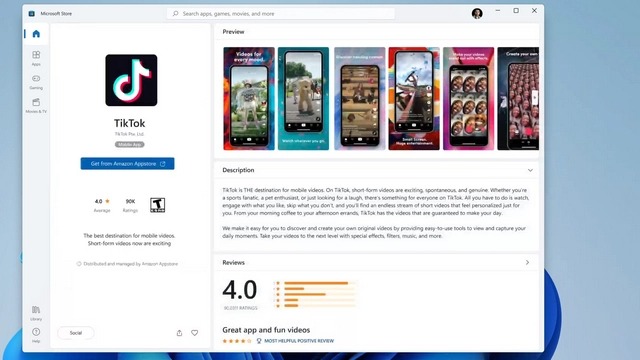 With Windows 10 or earlier we need android emulators like Bluestacks and others to run android apps on our PCs. After upgrading your OS to Windows 11 you no longer have to rely on Android emulators. You can also pin your favorite apps in the taskbar and start menu to get access to your favorites.

Click here, to know if your device is compatible to install Windows 11 or not.

In Microsoft Store, you will see the app name and rating on the right side pane, and preview, description, ratings & reviews on the left side pane. The ability to run android apps is the best feature from Microsoft in Windows 11. If you are excited to try out this feature, you will have to wait till the first insider build of Windows 11 starts rolling out.